Today is a day to be celebrated for two remarkable reasons. Mthetho, Thandi’s third calf turns three years old and the Ndlovu Rhino Poaching Gang are still in prison for numerous wildlife crimes including rhino poaching.

The 3rd of April 2019 was an emotional day for all of us at Kariega Game Reserve. We were waiting in anticipation to hear if the Ndlovu Gang would be convicted and sentenced when we received the news that Thandi's third calf had been born. Shortly after, news from the Grahamstown High Court was released and it was confirmed that the Ndlovu Gang had received a 25 year sentence. This was the news we had been waiting for. Our was joy was now two-fold with a new calf to celebrate!

The meaning of the name Mthetho is significant. Many Kariega staff members attended court proceedings at the Grahamstown High Court and were waiting for the day of justice. The Ndlovu Gang were suspected to have committed the triple poaching at Kariega on 2 March 2012, when Thandi, Themba and bull 84, where brutally attacked. Bull 84, died on the night of the attack; Themba died 24 days later from injuries sustained during the attack and Thandi survived.  The sentencing of this gang was a sensitive topic for us all.

There was a huge sense of relief when the Ndlovu Gang were found guilty of 55 wildlife crimes including the poaching of over 100 rhinos. The Kariega team aptly named Thandi's third calf,  Mthetho, meaning justice in the local language IsiXhosa. Justice was served and Mthetho would remind us always of this moment! Mthetho as a Young Bull

At three years old Mthetho is growing into a robust young bull.  As is normal for his age he has separated from his mum and younger brother Siya who stay in a crash with his sister Thembi and her calf as well as the other mothers and calves on Kariega.

Young bulls of similar age form a separate crash and are solely independent, although they are still very social and enjoy visiting their mothers and siblings!

A white rhinoceros diet consists mainly of grass, making Kariega Game Reserve an ideal habitat for their gentle giants.  Mthetho will become a breeding bull one day and require a territory of his own. This highlights the importance of habitat expansion and protection so that rhino and other wild animals have room to roam and growing populations can be supported. One breeding bull can mate with numerous females, increasing the rhino population exponentially.

Analysing The Most Recent Poaching Stats

The global rhino population has been decimated over the past few decades, from around 70 000 animals in the 1970's to around 27 000 that exist today globally. South African is home to more than half the global population making it is extremely important for a rhino bull like Mthetho to mature and establish his breeding territory.

At one stage there were more than a 1000 animals poached a day in South Africa. The number is such lower now with 451 rhino being poached in 2021. Sadly the drop is attributed mainly to the dramatically reduced population size, rather than an easing in poaching practices.

It is also evident that the poaching incidents are now evenly spread between private game reserves and national parks, which is worrying. We are proud that the Eastern Cape has not had a poaching incident in more than two years due to effective collaboration and Anti Poaching initiatives between members of the Indalo Protected Area, which Kariega Game Reserve belongs to.

There is some positive news, 189 arrests were made during 2021 and out of those 61 successful convictions were made.

Rhinos are still poached everyday in South Africa and it is critical that we keep the conversation alive so that people can be informed and join the fight to save this iconic species.  Rhino’s are one of the oldest animals to be living and they are vital to a healthy ecosystem. Anybody can help to keep a rhino’s life safe. Here are a few ideas as to how you can help.

Make a donation to the Kariega Foundation to support to operational costs of our Anti Poaching and Canine Unit.

Make a donation to the Kariega Foundation to support our Youth Development and Environmental Education Programme.

Join our Walk With Us campaign and gift someone you love with beautiful Rhino Tear Jewellery or a pair of awesome Veldskoen.

Join us and our friends at Helping Rhinos at the Room to Roam event on 21 May and see first hand the amazing work that is being done to protect and preserve rhino is South Africa.

Adopt Mthetho and his mum, Thandi, through the Helping Rhino adoption centre.

Email us at foundation@kariega.co.za with any other ideas you might have. We love collaboration and working together for a common cause.

Lastly and most importantly, raise awareness by telling your friends and family about rhino poaching. Together we can win this war and save a species. 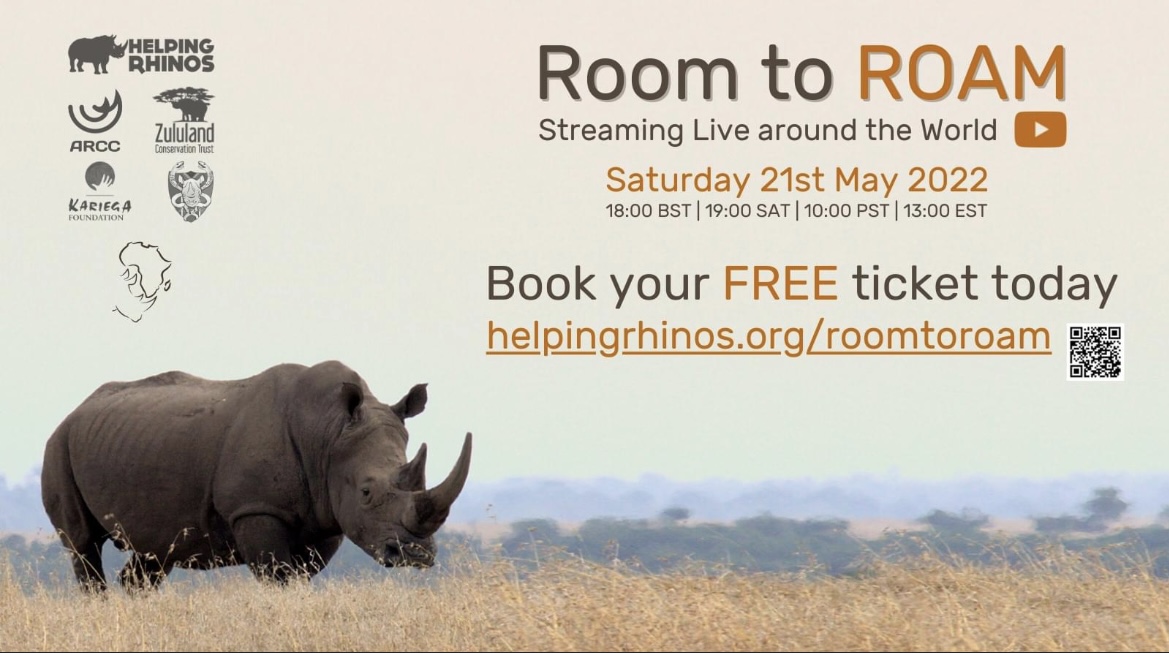