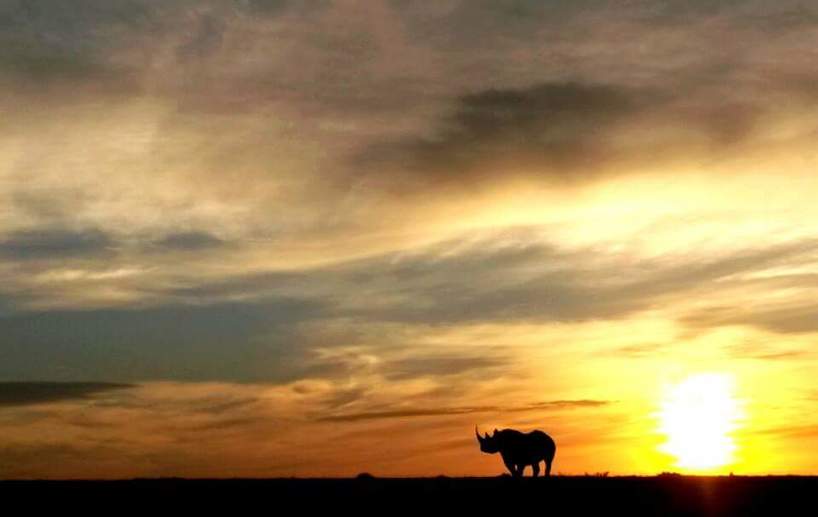 The black rhino is a fascinating mammal found at Kariega Game Reserve in the malaria-free Eastern Cape region of South Africa. This article includes some interesting black rhino facts for kids (and adults) collected from some of our knowledgable and experienced safari field guides. Please add your questions as a comment below and we will happily provide you with a detailed answer.

The word rhinoceros comes from the Greek words "rhino" meaning nose and "ceros" meaning horn. The rhinoceros, or rhino for short, is a very solid, tough, prehistoric-looking, tank-like mammal found in many parts of the world. They don't look like they should be living in this era but rather in more ancient times. But they are as real as can be! With their thick skin, massive bodies and large horns they can be found grazing on the plains and bushes in Africa, and browsing on the tropical forests of Asia and India.

The black rhino's name is actually from a misunderstanding from when the first rhinos were spotted by the Dutch settlers in Africa. They saw a creature which they had not yet named and called it a "wijde lip rhinoster" which in English translates to wide lip rhino. The Dutch word "wijde" was mistakenly translated as white and the name stuck. This name now refers to the white rhino we know today as it has a wide mouth adapted to eating grass. The Dutch also saw other type of rhino that looked almost the same as a white rhino but with a different lip. It was decided to call this species a black rhino even though their skin is grey and not black at all!

There are five different species of rhino: Javan, Sumatran, Greater one-horned, black and white. Only the last two species are found in Africa and at Kariega Game Reserve in South Africa. In South Africa it gets very warm in summer (November to March) so when a black rhino wants to cool down it will go and have a lovely mud wallow in a dam or puddle. This covers the black rhinos large body with mud and water which cool it down.

How do you get a bug off you? You use your hands and take it off right? Well rhinos can't really do that as they have big, thick, flat toes. So how do they get rid of unwanted visitors on their bodies like ticks? A great way is to go for a lovely filthy mud wallow and get mucky! The thick mud forms a layer over their bodies which will dry over time and kills off the ticks. As the mud cracks and falls off the parasites will fall off with it. Clever hey!

Black rhinos have a pointy lip which is used for browsing. Browsing means feeding on leaves, twigs, fruits and other material from trees. They use the upper lip almost like a hand to grab and break off the items they want for their meal.

Black rhinos have bad eyesight and are more aggressive. They live in the bush where it is difficult to see who is coming. So when they hear or smell something or someone they will attack first and ask questions later! So hope you never walk into a black rhino in the thick bush...

There are only about 2,400 black rhinos left in the world, most are found in southern Africa. The black rhino is critically endangered and may become extinct if we do not help to keep them safe. This means they need a lot of help from humans to keep them safe and help increase their numbers for future generations.

Black rhinos are being killed by poachers for their horns. The poachers sell the rhino's horn and it finally reaches people, mostly in south east Asia, who believe that rhino horn can cure cancer and other illnesses. This is not true as rhino horn is not medicine and it doesn’t actually work to fix any diseases. Rhino horn is made from the same substance as our fingernails! We need your help to help tell people that they should not use rhino horn and that it is not medicine. 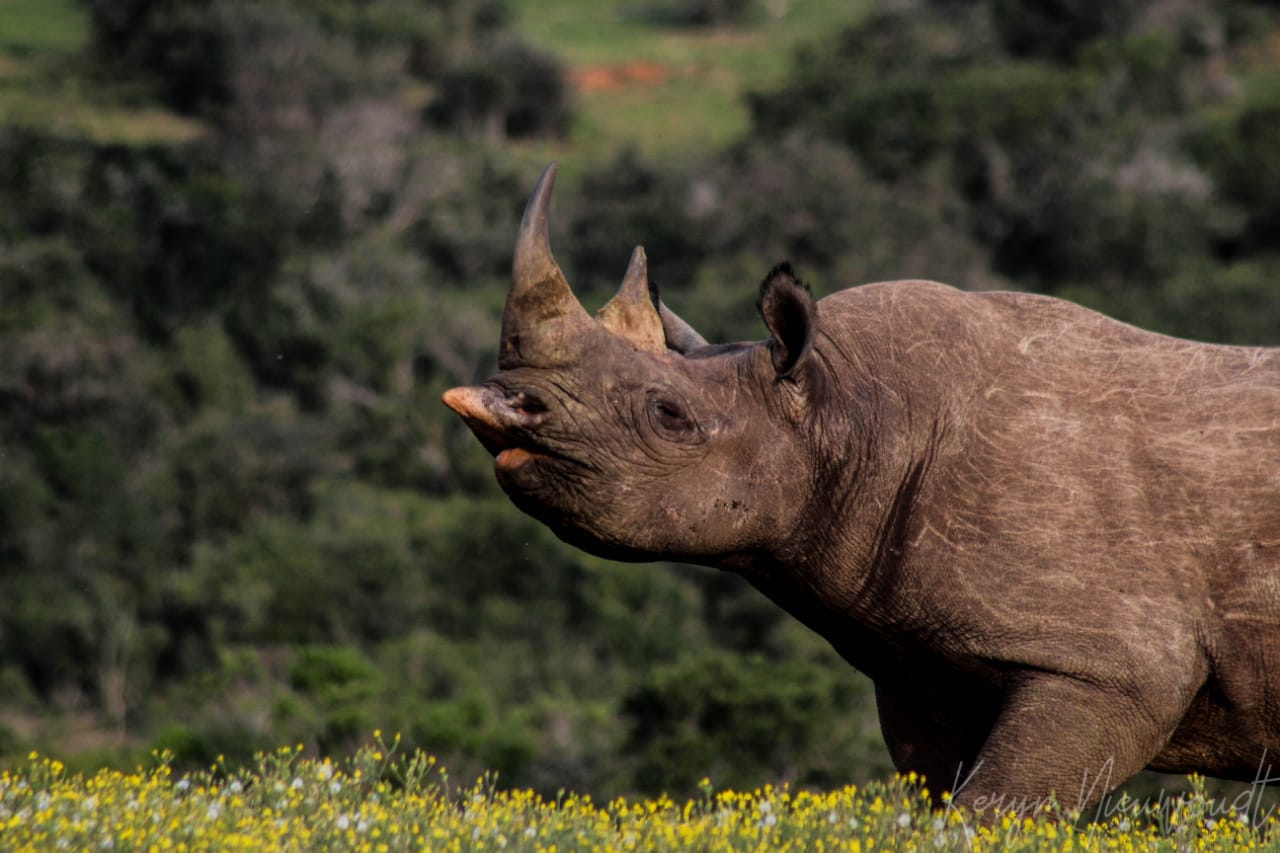 Here are some ways for you and your family to help black rhinos: