During the first week of June 2020 we welcomed four delightful lion cubs to the pride that live in the wild at Kariega Game Reserve in the Eastern Cape of South Africa. To celebrate their first year, we have created this video update, selected a few of our favourite images and gathered 12 interesting facts about lion cubs that we hope you will enjoy.

A lioness is most often three to four years old when she first becomes pregnant. The gestation period for a female lion is about four months (110- 120 days). Lionesses can give birth at any time of year.

A lioness usually gives birth to between two and four lion babies. Litter sizes of up to six cubs have been recorded. 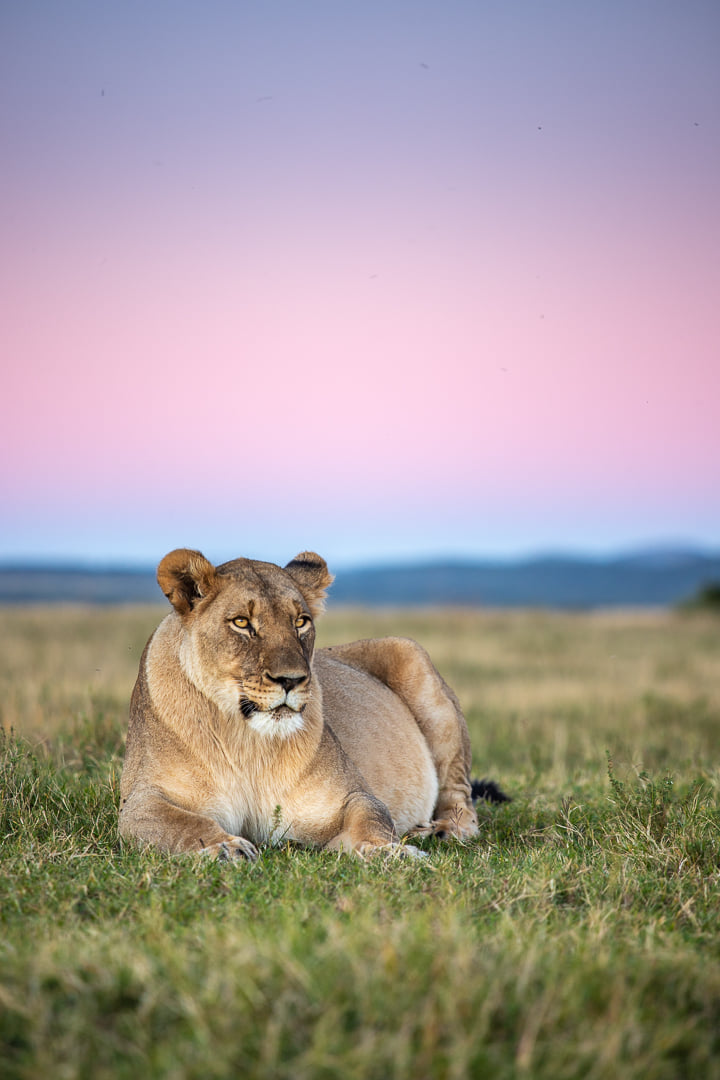 Lionesses leave the pride and give birth to their lion babies in dense bush. When they are born the lion cubs are very small and only weigh about 1.5 kilograms (53 ounces).

A female lion mother will leave her new cubs in a safe hiding place while she goes to hunt every day. She moves the cubs to new locations by carrying them in her mouth by the scruff of their necks. The cubs seem to instinctively relax their muscles when they are being carried which makes the transport process easier for them and their mother. During their first few weeks of life the lion cubs are vulnerable to attack from large birds, snakes and other predators.

Lion cubs are quick developers and start to walk at 10 to 15 days old. They also grow baby teeth while they are very young.

Baby lions are totally dependent on their mothers for food and protection during the first few months. The lionesses will keep her cubs hidden from other lions for up to two months. After this time, she brings them out of hiding and introduces them to the rest of the pride.

The lion cubs spend a lot of time playing or sleeping during their first few months. 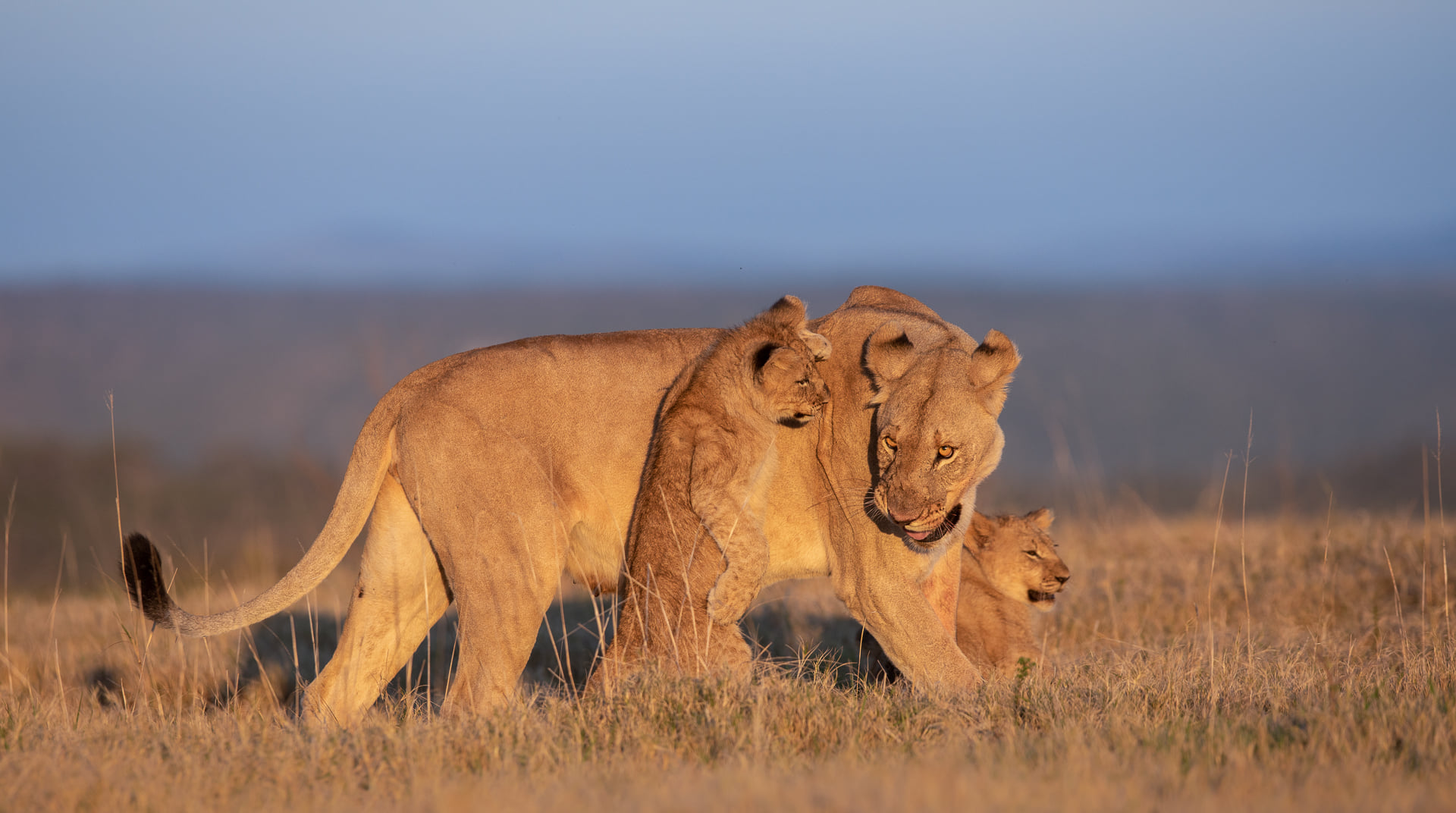 Young lions start off with spotty coats. Their sandy fur has darker brown rosettes which usually disappear as they mature. Lion cubs only drink milk for the first 10 weeks. The weaning process is usually complete when the lion cubs are 10 months old.

If there are more than one litter in a pride, the lionesses will often rear their cubs together. Lion cubs have been seen suckling from any of the females who are lactating.

Lion babies first start to eat meat at about three months old. The first meat that this group of cubs tasted was a warthog.

At one year old the lion cubs are exclusively eating meat.

Although the lion cubs are already interested in hunting at a year old, these skills will only be proficient at around two years old.

The cubs are often seen watching the adults as they hunt. The females in the pride teach the cubs this essential skill. 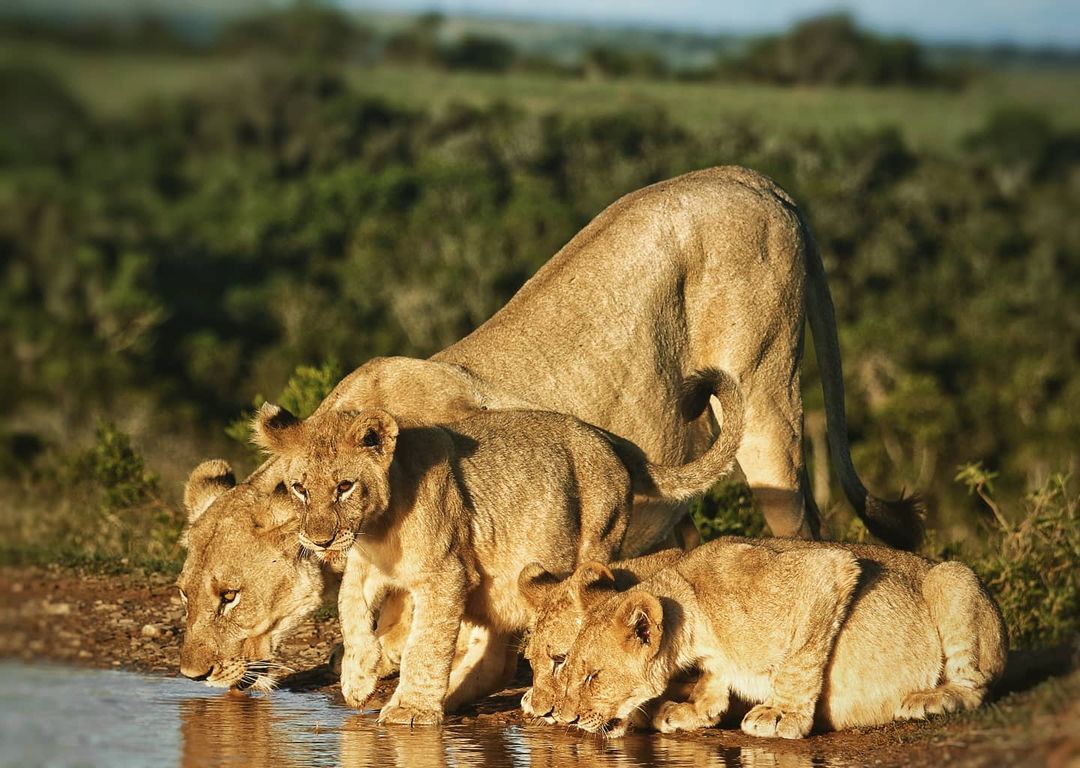 Lion cubs spend up to 20 hours of the day sleeping or resting. Lions are the laziest of the big cats. They can be found lying on their backs with their feet up or taking a snooze in the shade. While lazing around, they are very affectionate towards one another, rubbing heads, grooming, and purring. Three of the lion cubs are males and have already started developing a small mane. This mane will continue to develop through adulthood (3-8 years).

Male lions manes really start to show at around the age of two years but will only become large and impressive after they reach eight years old. Lionesses will take care of their cubs until they reach the age of two or three. At this age the cubs are called sub-adults.

By age three both male and female lions are fully grown. Males will soon leave their natal pride and females usually remain. Lions are the only known cat species where individuals roar together - with even young cubs joining in with their mews.

Lion cubs have two other names. Although they are usually referred to as cubs, lion babies can also be called whelps and lionets. Great teaching and learning I enjoy the fact teaching, Thank you and God bless you and your family Amen