The Rhino Run has just completed it’s fifth consecutive event in support of rhino conservation and awareness. The run was inspired by the story of our very own Thandi and Themba – two rhino that survived a brutal poaching at Kariega in 2012. Themba succumbed to his injuries 24 days after the attack, but Thandi survived, and even though her horn will never grow back she is now the mother of a thriving female calf Thembi.

Kariega team members participated in both the Cape Town and Kenton-on-Sea events.

Graeme Marshall and his sons Tim and Jonathan represented Kariega at the beautiful Groot Constantia Wine Estate in Cape Town. Thanks boys – you did us proud. Our Kenton-on-Sea team was headed up by our very own videographer and field guide Jone. The field guides looked particularly stylish in matching outfits and a team motto: small acts when done by many can transform the world. 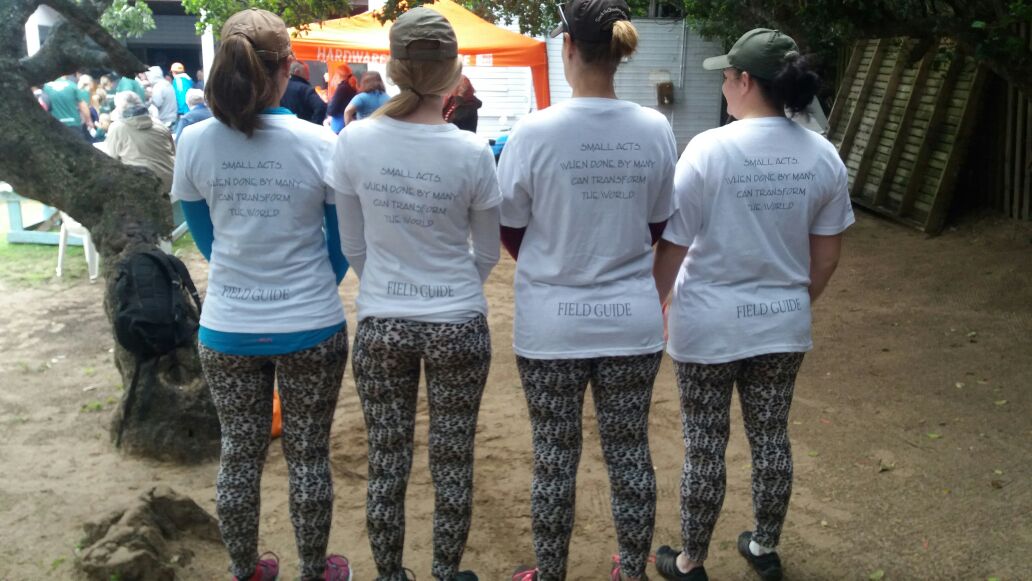 We were amazed that ranger Jo and the team managed to look so good even while running and videoing the race! This gives all of us who could not participate the chance to feel part of the fun. I for one am inspired to enter the Rhino Run 2017. 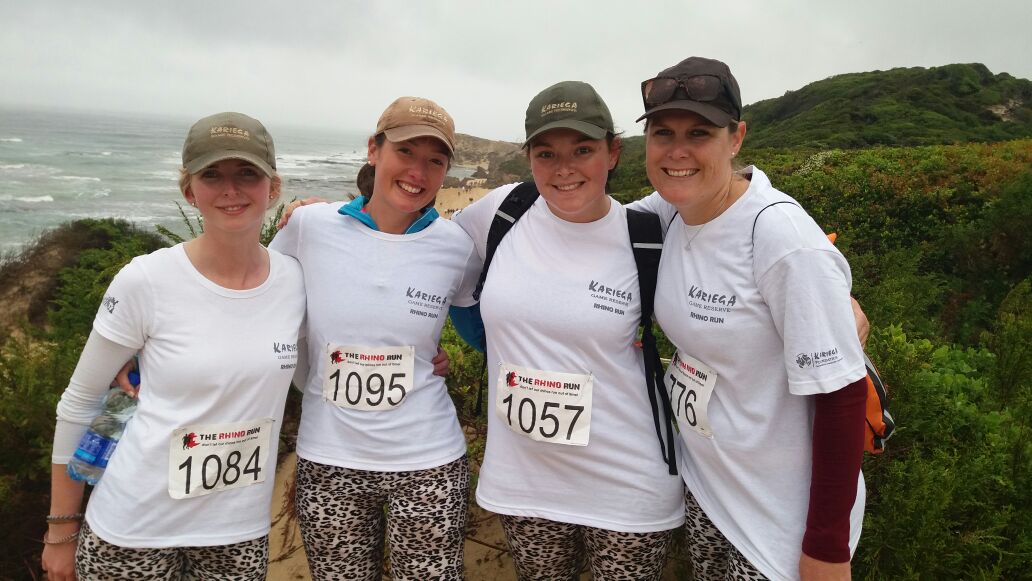 Rhino Run Raises Funds to Help Save our Rhino

Over the past four years the Rhino Run has raised R545,000 and donated it to the following organisations who work tirelessly on behalf of our rhino:

Outraged SA Citizens Against Poaching: OSCAP – www.oscap.co.za
OSCAP works closely with other rhino groups, NGO’s, local and international wildlife agencies as well as local and provincial government departments in order to assist where ever possible.

Saving The Survivors – www.savingthesurvivors.org
Vets and specialists committed to rehabilitating rhinos that have survived a poaching attempt.
The most famous rhino they are currently treating is known the world over as Hope, and her story of survival, along with the story Thandi, serves to give us all hope that we can win the war on poaching.

The Rhino Run’s dream is to include multiple events taking place all around the world on the same day in celebration of World Rhino Day. With such a passionate and hard-working team we know that this dream is within their reach. Go for it guys!

Did you run this year? Tell us about it on Facebook.