I’ve just googled “rubbing-stones” and come up with some surprising results, not at all what I had in mind. Advertised were stones to smooth bricks and tiles, stones for use by sculptors, materials for making stone-rubbings, and ‘lucky’ stones with and without patterns and designs that one can keep in a pocket, on one’s desk or on the mantelpiece and rub when the need arises. There may be dozens if not hundreds of other types of rubbing stone, but I did not continue the search. The information for which I was looking had to do with those stones one comes across occasionally in the veld that generations of animals – usually large – have used.

There was an old man from Natchez
Whose clothes were covered with patches
When he was asked why
He replied with a sigh
“’Cause when I itches I scratches.”

Elephants, rhinos and the like have similar problems to the old man, and the solution is to find a rock or tree against which they can rub to ease the itch. Once a suitable tree-trunk or rock has been found it is used again and again not only by the original animal, but also by others and in some cases by succeeding generations. Trees eventually die or are pushed over, but rocks usually stay put and portions of the stone are worn smooth by the constant rubbing.

Nowadays one is more likely to come across rubbing-stones in a museum than in natural surroundings. Some years ago I witnessed one being used by a rhino in the Kruger National Park, but until recently had seen no others barring those that had been taken from the veld as curiosities or museum exhibits, so we were very excited to come across one recently in the Karoo on the farm Sandkraal. In fact it was more a ‘rubbing-outcrop’ than a stone. At the narrow entrance to a poort, or narrow defile, there was an angled outcrop of rock. So striking was it that I stopped to take a photograph and Caryl walked ahead to take a closer look and found to her surprise that the edge of the outcrop had been polished by the passage of countless large animals: large because the smooth area extended from approximately half a metre to almost two metres above ground level. Elephants no longer roam the arid Karoo, but their remains and those of rhinos have been found in this semi-desert area and there is no reason to doubt that they were responsible, particularly as this particular spot was not only a natural passage-way, but close to water. 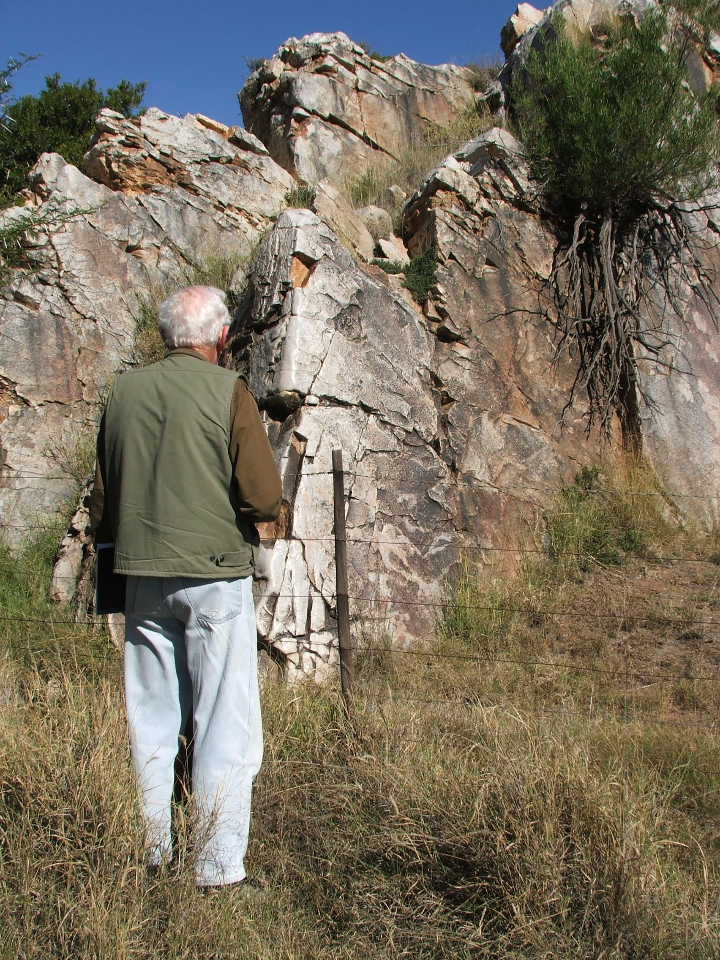 Are there any rubbing-stones, or even rubbing-outcrops on Kariega Park? It certainly is possible. Not far to the east on a farm near Bathurst, appropriately named Elephant Park, my father knew of a rubbing-stone. There are also early 19th century records of elephants at nearby Salem – situated just north of Kariega Park - and in 1813 the Rev John Campbell encountered elephants at the drift on the Kariega River. Local elephants and rhino were, I am sure, as prone to itches as those elsewhere in the country and just as eager to seek relief. I wish that I could think of some suitable reward – a case of beer, box of chocolates, or whatever - for the first Kariega staff-member to show me a rubbing-stone on the property.

Come along people, your last chance for a box of chocolates or a case of beer!