It's a little late, but here is our choice image for last week emailed to us from Max Drummond. It's a great shot of some of the zebras that can be found on Kariega Game Reserve South Africa. Being social creatures, zebras live in large herds led by a dominant male. There are three variants of the species found in game parks across Africa, namely Grevy's Zebra, Burchell's Zebra and the mountain zebra. At Kariega Game Reserve South Africa, Burchell’s Zebra roam the bushy vegetation in numbers of over 150, that being divided into different herds.

Although this picture taken by Max is in black and white, you can still see that unlike the Grevy's zebra which have solid black and white stripes, Burchell's zebra are identifiable by the greyish stripe within their white stripe. 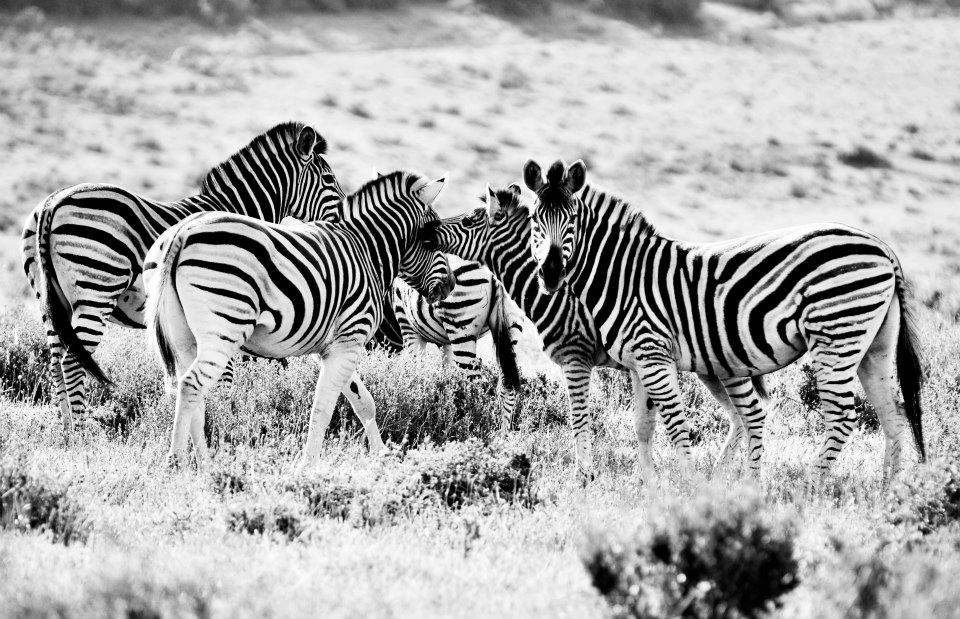 Once a female has bonded with a specific stallion, she will remain with him permanently. And when her foal is born she keeps away from other zebras until confident that the foal can recognise her by voice, sight and scent. A peaceful and graceful species, Kariega Game Reserve simply wouldn't be the same without them! When young male zebras come of age, they break away from their herd and roam in bachelor herds until they are strong enough to compete for a female in oestrus.