The name boomslang is derived from the Afrikaans word which when directly translated into English means “tree snake.” This elusive serpent is well adapted to life in the trees. It has a long and slender body which can reach up to 1.2 meters in length. The boomslang tree snake can also move along the ground, especially when going between vegetation clumps, or to just bask in the sun. This is a rarely seen snake as their colouration helps them to be perfectly camouflaged in the vegetation.

Boomslang tree snakes are not usually aggressive and they will rarely bite when handled. These snakes will try their best to scare off a predator if cornered. Boomslangs are back-fanged snakes, which means that their fangs are situated far back in their mouths. This adaptation allows them to hunt prey, such as birds, lizards and rodents, in the trees. When the tree snake sees its prey it will move in as close as possible and then strike. The boomslang then tries to lodge its fangs into the prey and hold on to them until the venom starts taking effect. These ophidians also seek out bird nests and will eat eggs and chicks.

How to Recognize a Boomslang

Male boomslangs vary in colour and can be yellow, green or mottled black. The colour variations depend on where the snake lives. Female tree snakes are mostly olive-brown on top with a lighter colour on their belly. Juveniles have the most impressive colouration with brown mottled bodies, solid brown on top of their heads, white on their bottom jaws, a yellow patch on their necks and shocking green eyes. When in danger they will puff up their necks as far as they can to show the bright yellow area to scare a predator away. The most distinguishing feature of a boomslang is their large and round eyes on their egg-shaped heads. 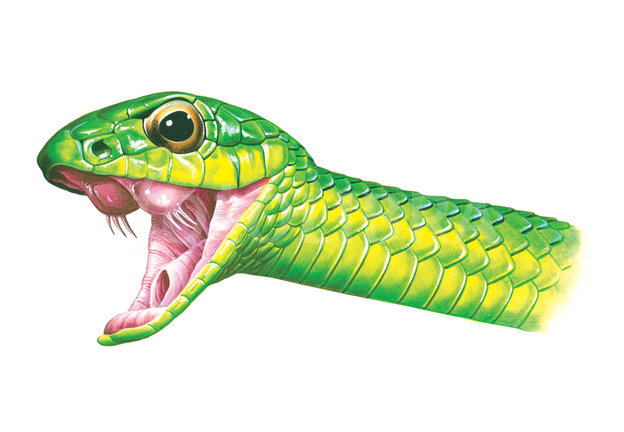 The photographs in this blog were taken by Kariega field guide JC Crouse. These capture a rare sighting of a male boomslang who has recently caught a rodent. JC was watching this boomslang for a while and he predicted that the snake would attack the mouse. He positioned himself in the right place with his camera ready and was fortunate to capture these amazing images of the predator with its prey. 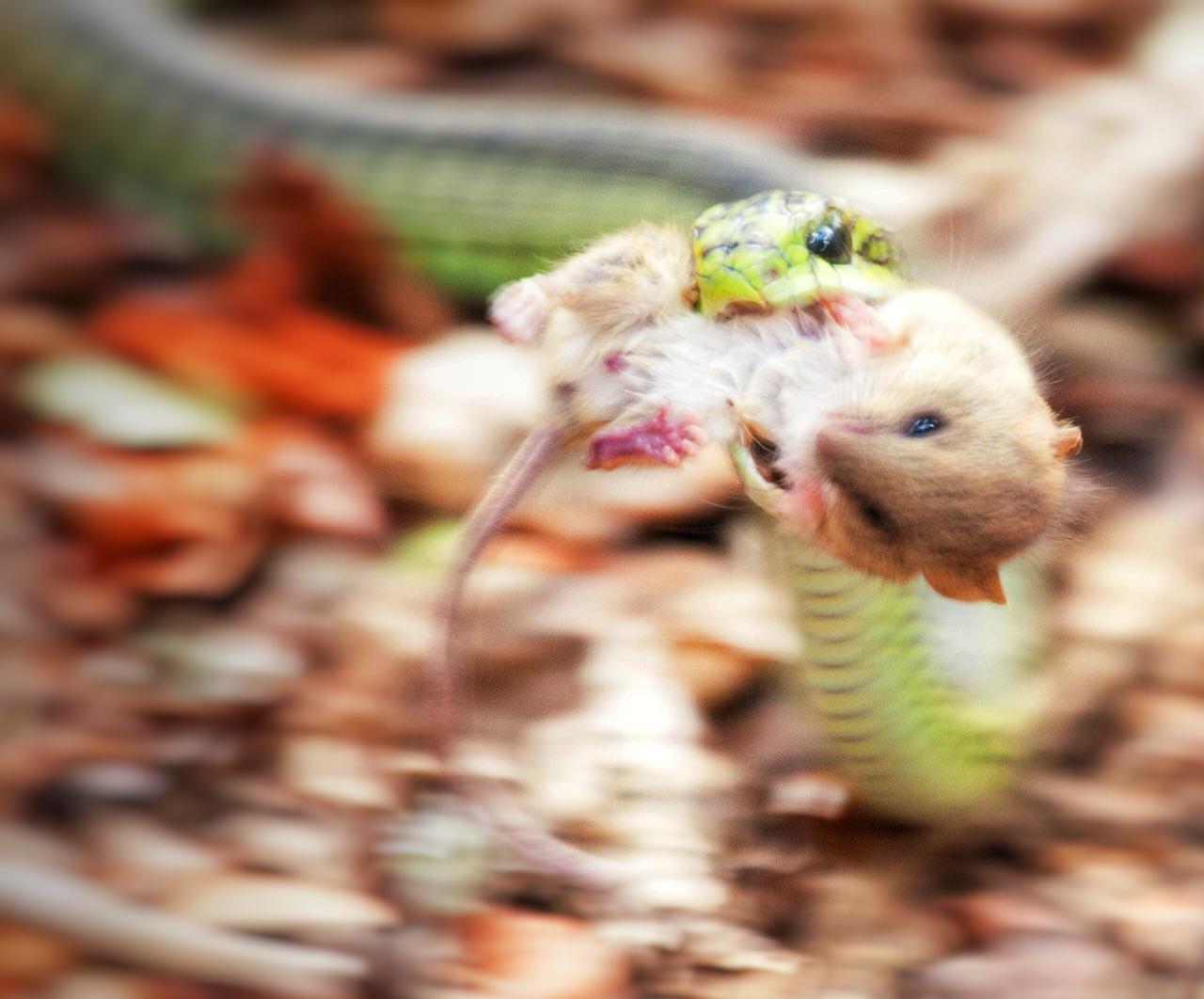 Although boomslangs prey on other creatures this does not mean that they can't fall prey to other hungry creatures. Tree snakes are hunted by raptors, including eagles and falcons, and secretary birds which will kick them to death before gulping them up! If this snake is on the ground it can more easily be caught by predators such as jackals, mongooses, baboons and even other snakes.

What to Do if You See a Snake

If you do see a snake during your stay at Kariega Game Reserve please don't try to pick it up or get too close. The best thing to do is to keep watching the snake and move backward slowly. Notify the lodge manager or your field guide to assist if needed. If you see a snake close to your accommodation or a building please inform a staff member and a field guide will come and collect the snake and move it to safety.

Were you lucky enough to see a snake or any other reptiles such as monitor lizards, tortoises or terrapins on your Kariega Game Reserve safari?  Please share with us your experience, photos and videos on our Facebook, Instagram and Twitter.