The black-backed jackal takes its name from the black and white saddle on its back. It’s chest and underside are white and the rest of the body is a reddish-brown colour. It is also know as a silver-backed jackal and called a red jackal in Afrikaans.

Male and female jackals mate for life. They are a relatively small fox-like predators and can reach about 115cm in length and 7kg in weight. They are mostly scavengers but also hunt and kill their own food. Jackals prey on smaller mammals such as hares, rodents and small antelope as well as the young of larger antelopes. The main predators of the black-backed jackal are lion, leopard and humans. They are treated as vermin and killed by many farmers. 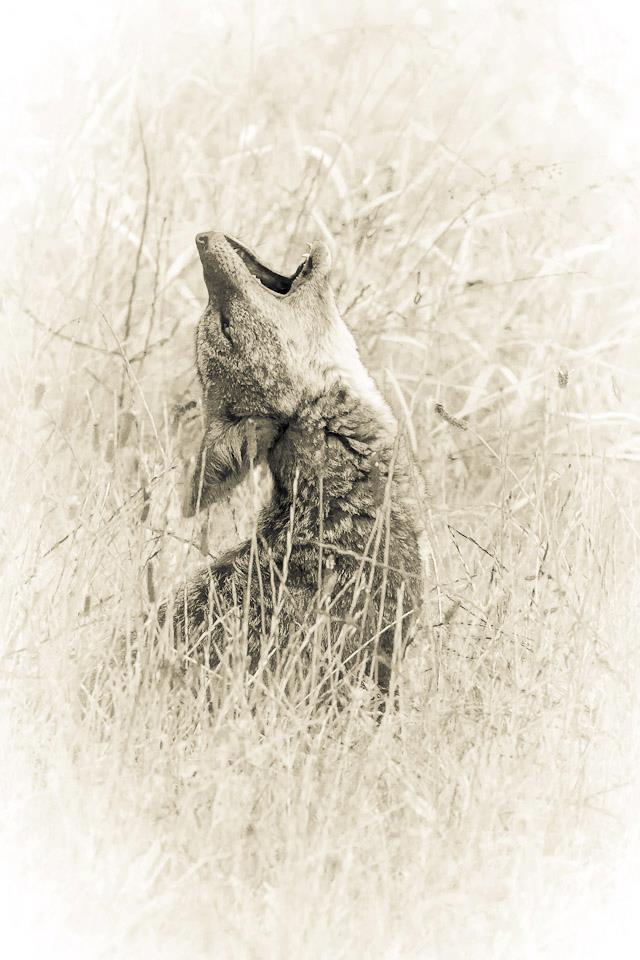 This photograph was taken by Kariega Game Reserve ranger Brendon Jennings. It is a black and white conversion of a black-backed jackal pup howling for his parents. He had been sleeping in the road and woke up to realise he was alone. Luckily the rest of his family were nearby in a thicket. They responded to his call and he troted off to join them.

If you have anything you would like to share your photos with us, please feel free to email lisa@kariega.co.za or post them on our Facebook fan page. We have a monthly photo competition which we encourage you to join too.