I was sitting in the sun leafing through old maps trying to establish the historical distribution of elephants when my attention was drawn to the happy tap, tap, tapping of an olive woodpecker. To hear a woodpecker tapping at four or five strokes to the second, is one thing, but to see the bird is another. They are not that uncommon, but they are normally to be found well up in a tree and hidden by branches. They also, when one approaches, scoot around the branch to the opposite side and wait quietly until one moves off. The birds have zygodactile toes – the inner and outer toes directed backwards, the middle ones forward – to help them cling to the bark of trees, and the tail feathers have stiff shafts to enable the bird to use its tail as the third leg of a tripod so to speak, so they move around with surprising agility. 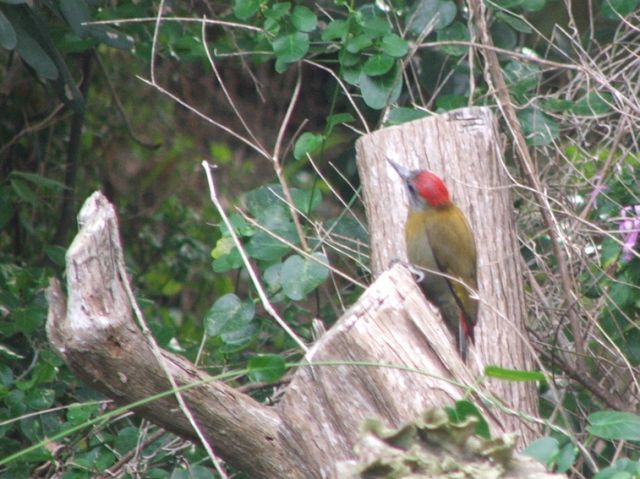 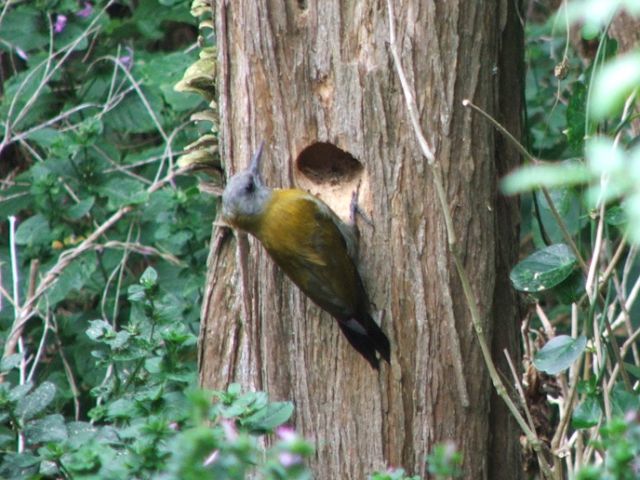 When I approached this particular pair they scuttled around the stump in approved woodpecker fashion, but were soon back at work again. And it was strenuous work; they had chosen for their nest the dead stump of a wild sage, or false olive – Buddleja saligna. The wood is tough, hard and heavy, and I know from personal experience that it blunts carpentry tools in next to no time. Traditionally the wild sage has been used for the shafts of assegais and also makes good fencing posts. It is not surprising that the stout, chisel shaped beaks of olive woodpeckers are often worn at the tip. However, within the space of a week the two birds, taking it in turns and working almost non-stop made a hole into which one of them can now disappear. We wait anxiously for the mother to lay her eggs and take up residence.

A year ago this, or perhaps another pair, started chiseling out a nest in the dead branch of a nearby coral tree – Erythrina caffra – the wood of which, when dry, is soft and cork-like. There are records of olive woodpeckers nesting in the dead branches of coral trees, and by my estimate – as a woodworker - it would have taken the woodpeckers at the most two days to make a nest in the coral tree, but after an hour or two they abandoned that nesting site and moved elsewhere. What is it that decides a woodpecker that a particular tree makes a suitable home and is worth all the effort that goes into its preparation?

Having satisfied myself as to the progress made by the woodpeckers I returned to my maps, but for the moment elephants were forgotten. I began looking for information regarding wild sage trees or woodpeckers. Early cartographers filled the blank spaces on their maps with creatures both real and mythical, but in general they seemed to avoid depicting birds or recognizable vegetation. Even 19th and early 20th century maps are more likely to have information concerning game animals, so it was from modern distribution maps that I discovered that the wild sage is found all along the Cape south and south-east coasts and spreads far inland. The distribution of olive woodpeckers coincides pretty well with the coastal spread of the wild sage. They favour evergreen forests and thick coastal bush, and for countless generations olive woodpeckers have scrambled around trees including wild sage and coral, inserting their long, sticky tongues into crevices and extracting insects, and presumably, making up their minds as to the ideal tree for nesting purposes.

There now remained the question regarding the elephants and by chance the next map in the pile happened to be one drawn nearly 200 years ago by H Foley, a soldier at the Cape in the 6th Regiment based in Grahamstown. The map is titled, “Plan of the Frontier. Cape of Good Hope. 1823.” He was quite obviously a hunting man because it has on it remarks such as, “Immense Herds of Elephants always here,” and “Lion was killed here.” Working my way down from top to bottom I finally came to the area between what he called the “Kasanka” (Kasouga) and “Kareka” (Kariega) Rivers. And there I read in faded brown ink, “Famous for Game of all sorts.” Well, there was historical confirmation that the Kariega area has always been the haunt of southern African wildlife. Were the Rushmere and Fuller families aware of Foley and his map when they decided to establish the Kariega Game Reserve?

Historical map of the Eastern Cape pictured below entitled 'Plan of the Frontier. Cape of Good Hope 1823' by H Foley 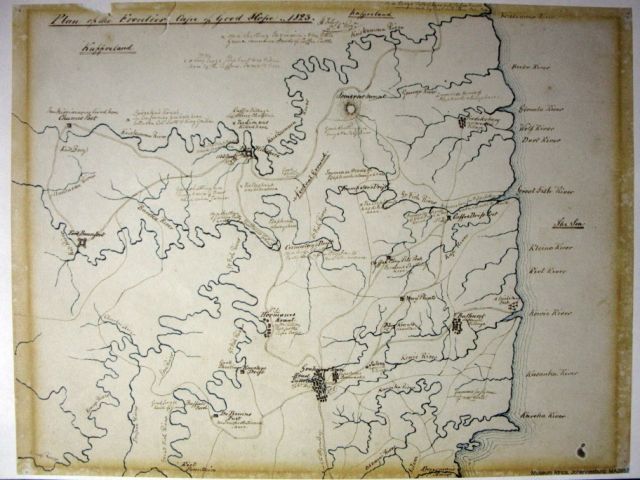 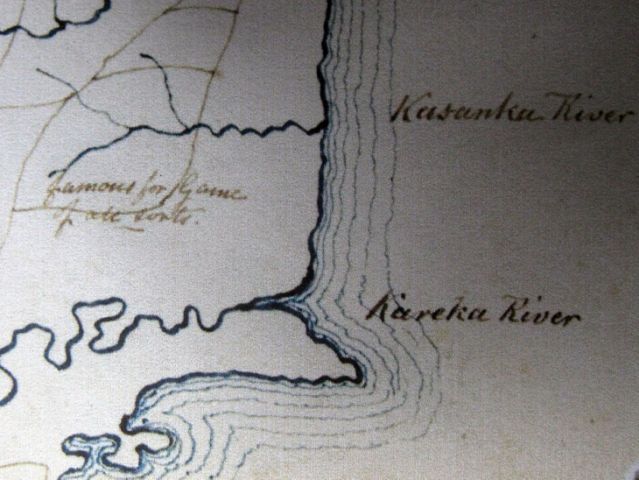