Ensuring genetic diversity of big game in the Eastern Cape

As a 9000 hectare private game park, Kariega Game Reserve must engage in continuous conservation management in order to ensure healthy and abundant wildlife populations. At Kariega, game capture and release is a big part of wildlife managament, as is acquiring new game for genetic diversity.

The first image below was taken by the Kariega Conservation Volunteer co-ordinater, Azel, and shows some of the volunteers standing by as new blesbok are released onto the game reserve. Azel commented, "As of today [18 April 2013], Kariega is just under a 100 Blesbuck richer. Moving animals between game parks in the Eastern Cape is absolutely crucial for genetic diversity in the species and to prevent inbreeding on the reserve." The second image shows a blesbok at sunset on Kariega Game Reserve. 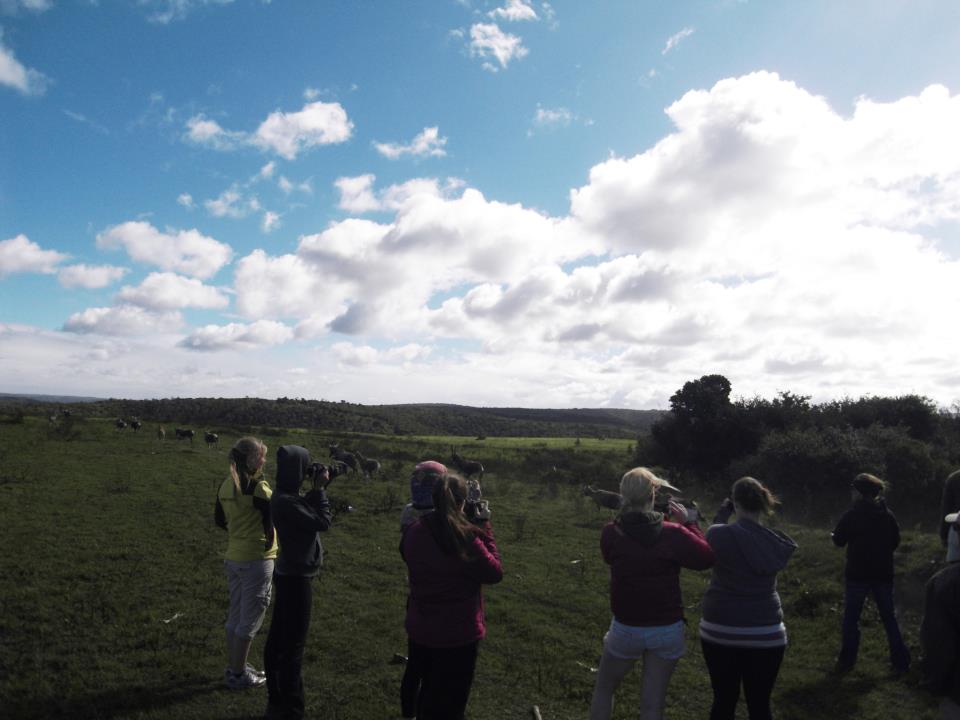