June has been filled with the most perfect winter days, clear blue skies, lovely warm sun and incredible sunsets. So if winter is not really your season, you have not experienced June on Kariega Game Reserve yet! Here is what our conservation volunteers got up to in June: No lion kills were observed by the volunteer programme in June. We did observe a nomad lioness with a full belly and bloody paws just after she enjoyed a huge meal. All individuals observed were healthy and in good condition.

The volunteers have been very privileged to see and assist renowned wildlife vet, Dr. William Fowlds, in removing all the white rhinoceroses’ horns on Kariega. The volunteers’ task was to locate the rhino and then inform the capture team of their exact location. The capture team used a helicopter to dart them. The ground team then went in and made sure the rhino were lying in a sterna position. Dr Fowlds and his vet students did their routine check-up on each rhino and thereafter the horn was removed with a chainsaw. This procedure saddens all of us, but unfortunately it is necessary to protect these amazing animal from extinction.

The horns of rhinoceroses grow continually at a rate of between 25 and 66mm per year (for the anterior horn). The mean growth rate is 50mm. Horn growth rates do not differ between bulls and cows, but it is most rapid in young calves. If the horn is not damaged, it will grow continuously throughout the lives of the rhino.

Let us keep spreading the word that rhino horn is made of keratin, similar to our nails and hair, and has no medical properties. The horn does not belong to anybody or should be nowhere except on the rhino itself!

Whenever the volunteer programme vehicle came across elephants on the reserve, we observed them for as long as possible to see the types of vegetation they consume and for how what length of time. The type of utilization is also noted, for example browsed, debarked or uprooted.

Identifying the different plant species can be quite a challenge. One of our vegetation biomes on Kariega Game Reserve, the Albany thicket biome, is the third most diverse biome in the world (first on the list is the Fynbos biome also occurring in South Africa and secondly the Amazon in South America). Below is a pie chart with the most commonly consumed vegetation species by elephants on Kariega for June. 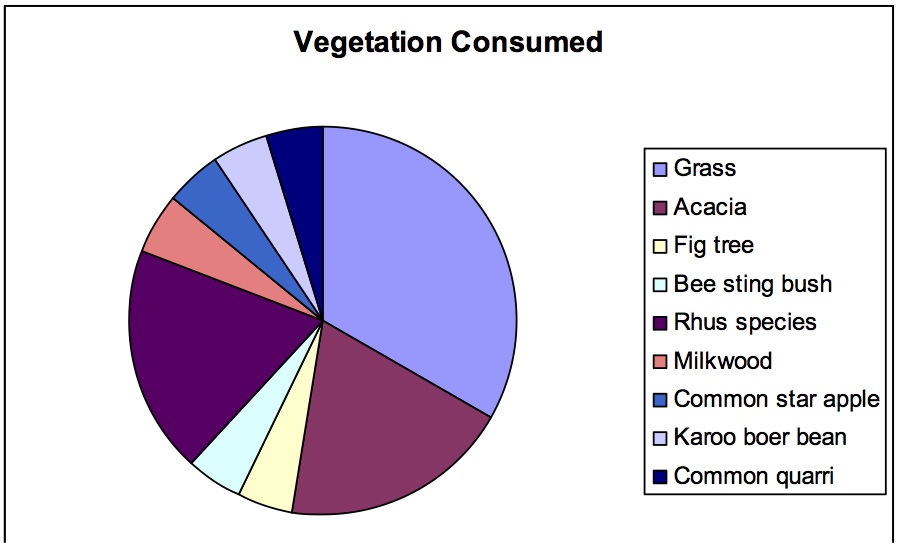 Figure 1. The pie chart illustrates the vegetation consumed by the elephant herd on Kariega Game Reserve during the month of June 2014 as observed by volunteers.

The Kariega Conservation Volunteers had placed four camera traps at carefully chosen locations where hyena tracks and dung has been spotted. No pictures of the hyena had been captured but the signs that they had visited were very clear. We used some bait, for example the legs of a blesbok (that died of natural causes) to lure the hyena closer to the cameras. We also used chum (Sardine oil mixed with water and blood) to cover human scent and tracks around the area as a hyena’s smell is exceptional.

After about two weeks, we were fortunate to get a very good picture of a brown hyena and after another two weeks the same hyena was spotted on our cameras. 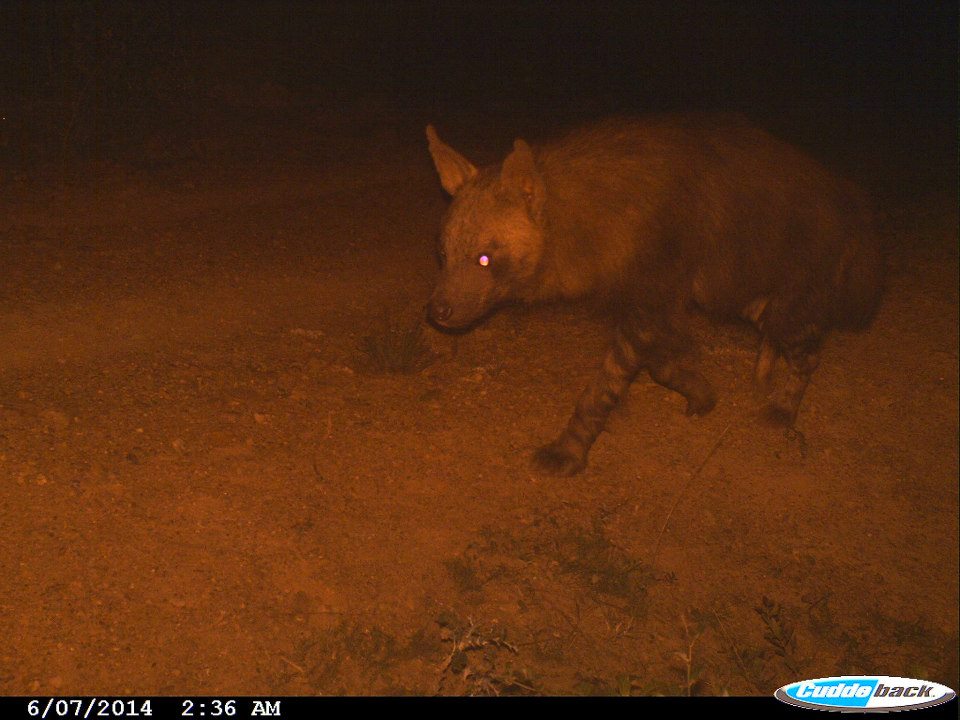 We also captured other scavengers and curious animals on the camera traps like grey mongoose, warthog, lions, porcupine, black backed jackal and bushbuck.

The Kariega volunteers got rid of 143 Pine trees in June. This is a very physical job as we use machetes and hand saws – a good upper body workout! The volunteers also destroyed 177 Black Wattle and 128 Red Wattle of varying sizes. We pulled out black wattle seedlings by the hundreds, and there are many more to be erradicated!

The Kariega Volunteers also poisoned Acacia Karroo (Sweet thorn) to control bush encroachment on the banks of the Bushman River.

We also poisoned the jointed cactus (Opuntia aurantiaca). This is a cactus from South America, and probably the most troublesome of all cactus species. If you walk in the veld, this jointed cactus will get stuck in your shoes and on your pants (and even your bare legs) and it is a real mission to get rid of it as it’s covered with thorns.

A whopping 236 Porkbushes (Portulacaria afra) were planted in June.

The Kariega Volunteers have been busy on various building and reconstruction projects on the reserve. The Elephant boma is very close to be being finished and just a few finishing touches need to be done. The volunteers helped put up shade cloth, dug holes for poles and moved and placed water troughs.

We assisted the Anti-poaching Unit with constructing their new living quarters - clearing out bushes, digging holes and mixing concrete and cement.

The volunteers also assisted the Anti-poaching Unit to maintain the electric fence. We cleared out vegetation beneath the wire strands and poisoning the plants underneath the fence to prevent the fence from short circuiting.

Another project was to assist with the reconstruction of the main entrance gate. A very strong wind had blown down a part of the ‘funnel’ and we assisted in digging holes and placing supporting poles to prevent the wind from blowing it down again.

All in all June was a busy, but extremely exciting month for our conservation volunteers. Come and join our volunteer programme and be a part of hands-on wildlife conservation.

What an exciting month June was, so wish I was there, great work on the alien species.