November has been marked with new animal babies appearing all over the reserve. The Eastern Cape bush is also full of new life after the wonderful spring rains. It has truly been a pleasure being out and about on the reserve this month. 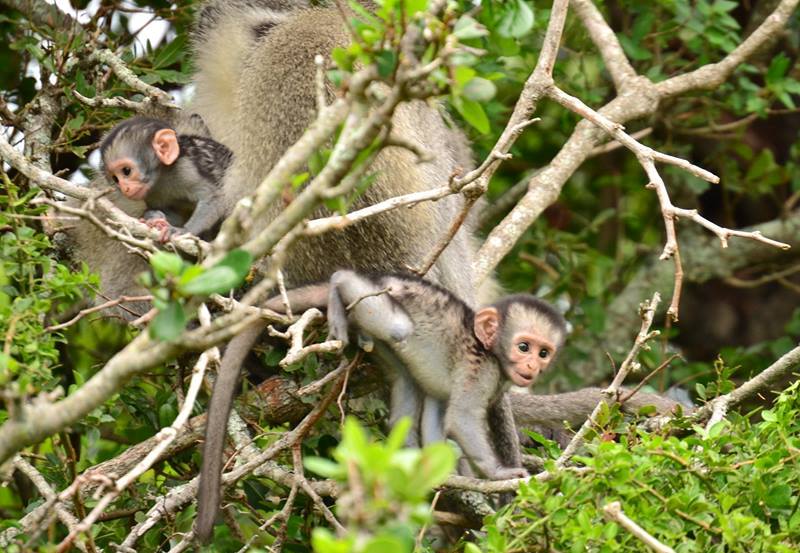 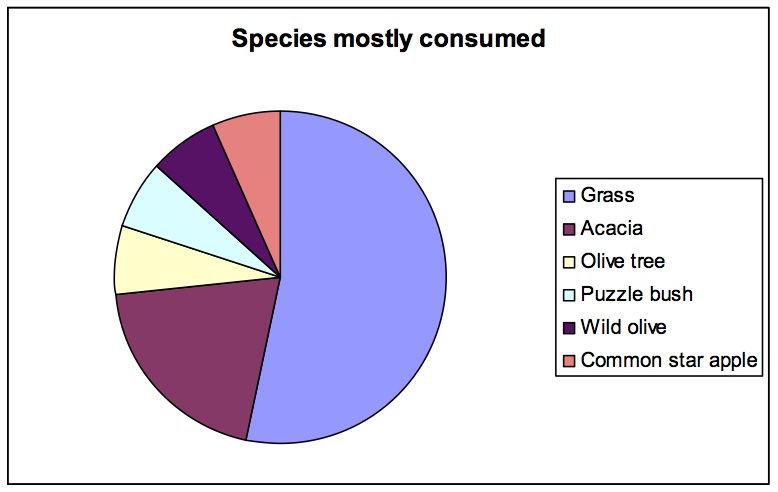 We had several good sightings of lions this month too, with black wildebeest being the most preyed upon during November. Black wildebeest is easy prey as they mostly prefer the open plains. One morning during an early sunrise drive, we came across an interesting sighting of a sub-adult female stalking helmeted guinea fowl and red necked spur fowl. She was obviously practising her stalking skills!We noted that the resident big male has been wandering off on his own, away from the rest of the pride. This male could be heard calling out quite often this month which made many of our night drives pretty amazing.

The rhino spatial movement study is going well as it has been relatively easy to locate different white rhino individuals. It is a different story with the black rhino, however, a few of our volunteers have been fortunate enough to observe black rhino as well.

Angie Goody, a previous Kariega volunteer and very involved in various rhino conservation organisations, is on the reserve for a few months to monitor rhino Thandi and her pregnancy. She gave our volunteers an inspiring talk about Thandi’s survival story and rhino conservation in general. Angie was a volunteer on Kariega Game Reserve in 2012 when the brutal rhino poaching attack of three white rhinos took place on the reserve. The two males died and Thandi, the female survived against all odds. Thank you Angie for all your amazing efforts to keep our rhinos safe and for spreading the word to stop rhino poaching.

The volunteers got more interesting footage during November from the camera traps. Species photographed included caracal, porcupine, small spotted genet and a bush pig with two piglets. Unfortunately we did not capture an image of a leopard. 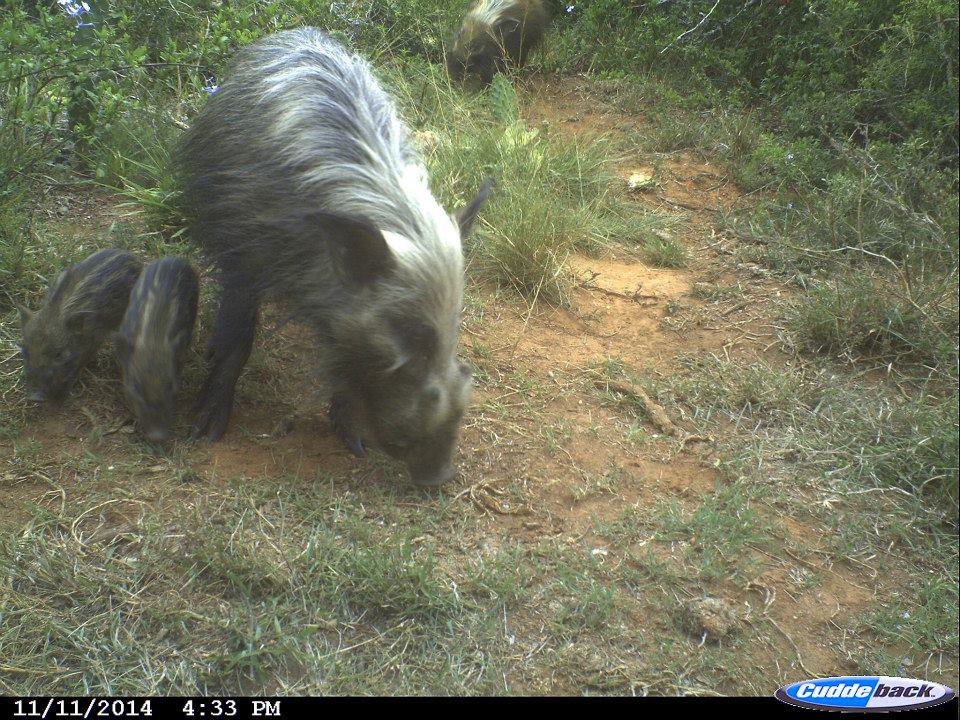 During November the volunteers worked hard in the reserve nursery, planting pork bush, Euphorbias, ironwood and coral trees. We are also proud to say that 260 pork bush seedlings were planted across the reserve this month.

A lot of our efforts were concentrated on black wattle control this month. Volunteers chopped down 86 black wattles and 7 pine trees in November. Many young seedlings of these invasive species were also pulled out – a great job for a drizzly day when the soil is moist.

Another weed that got some attention is Lantana camara. We poisoned it with dissolvable pellets that get taken up by the roots and eventaully kill it. Lantana control on a property is critical as the plant can grow extremely dense and not allow much indigenous vegetation.

Our volunteers were tasked with cleaning up old farming infrastructure on the Harvestvale section of the reserve. They all worked hard to remove old water pipes, cattle loading ramps and old fencing. We also assisted in removing building materials from the new 5 star lodge site, Settlers Drift.

Our volunteers, as always, were wonderful this month with helping out at Farmerfield school. Many volunteers brought school supplies along and we made some fantastic donations to the farm school. The Kariega Foundation sponsored an enormous cake for the Grade R graduation ceremony – celebrating the achievements of the pre-school kids before they start ‘big school’ next year. The day ended with sports and games and was enjoyed by all.

We also helped with the painting of the Age in Action centre in Ekuphumleni. It is always a pleasure to visit the ‘gogos’ (means ‘grannies’ in Xhosa) and watch how they make the most creative arts and crafts. The ladies are always very thankful for our help and treat us to soup and bread after our work is done. Give and you will receive! 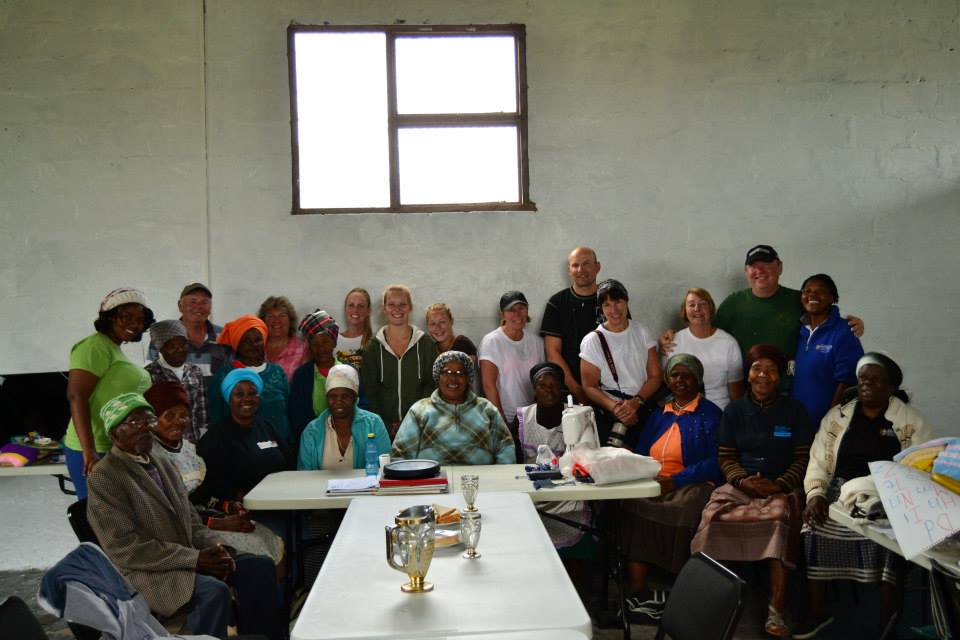 We won’t have a December newsletter as our volunteer programme closes on the 15 December until the 4 January for a break over Christmas/New Year. The summer is officially here to enjoy! Our beaches are glorious and our bush is teaming with new life. If anyone is interested in joining us from the 5 January 2015 onwards please send an email to volunteer@kariega.co.za.

We wish all our wonderful current and past volunteers a blessed Christmas and a very happy New Year. Thank you for helping us make Kariega Game Reserve a true conservation jewel.

Thank you Frances for a fab update, amazing what we all achieved over the month. I think you will now be ready for a well earned break. All the best to you and your family for Christmas and in 2015.
Pandora x