The image below illustrates the movement of elephants during February. The first number indicates the number of elephants that was counted when observed, followed by the date in brackets. It seems that they have been concentrating on the south western part of the reserve. Whenever the volunteers came across elephants, they recorded what they were browsing and for how long. Chart 1 below indicates the vegetation they consumed mostly when observed during this month. Except for the big quantity of grass they consumed, the second most observed consumed plant was prickly pear. The area where they were mostly seen is known for the abundance in prickly pear. 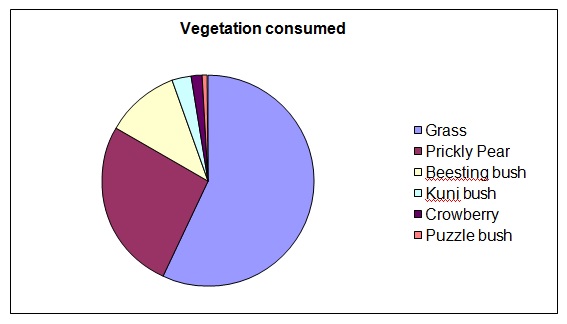 Graph 1: Vegetation mostly consumed by elephants when observed during February 2015. 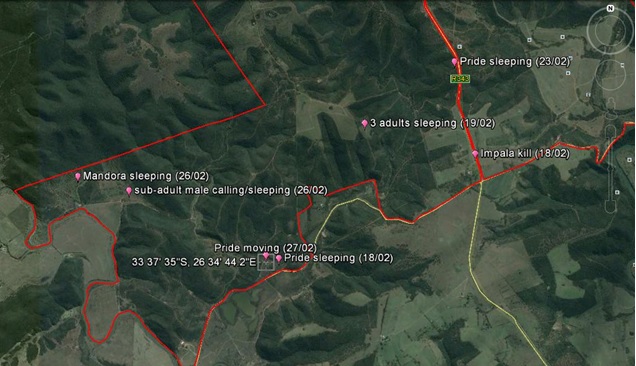 Image 2: Lion movement as observed by the Kariega volunteers during February 2015.

The volunteers have been lucky to observe Thandi and her calf several times during February. The two of them are doing really good and it is just a pleasure to sit with them and observe.

Angie Goody (founder of Thandi’s Endangered Species Association), gave the volunteers a talk about Thandi’s miracle story and the issues surrounding rhino poaching. Everybody was not aware of the enormity of the problem. The volunteers can now go back to their countries and tell their friends and families and create further awareness. According to the Department of Environmental Affairs (as at 22 January 2015) 49 rhinos have been poached thus far in South Africa. 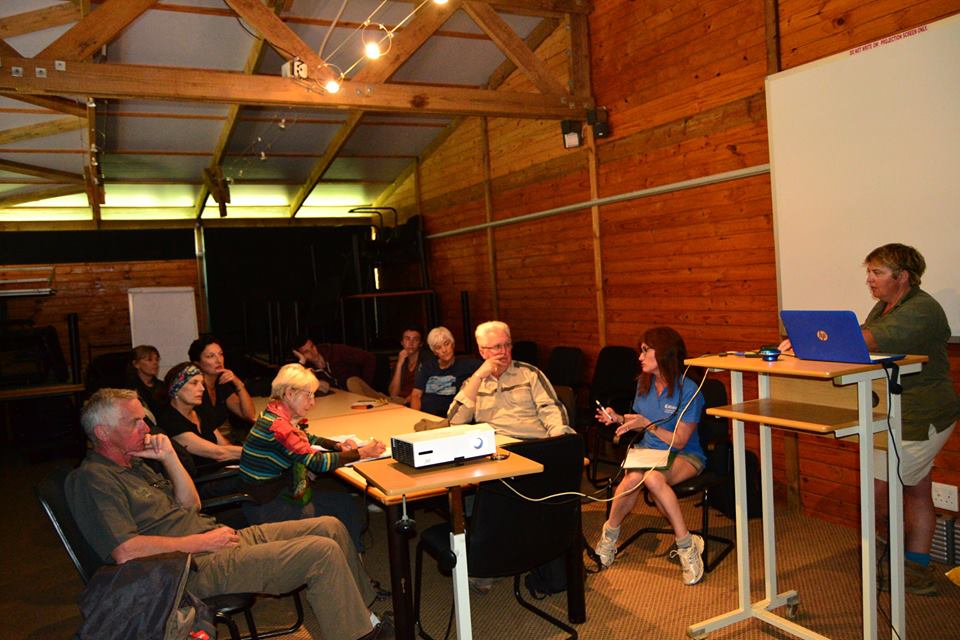 The Kariega Volunteer Programme received two new Scoutguard SG550C cameras which can take full colour pictures and videos. We also received a metal casing and lock to make the cameras secure, protecting them against curious elephants! These are an improvement from our previous movement sensor trap cameras. The volunteers placed these at carefully selected spots on the reserve in the hope of detecting leopard or other interesting species. Thank you to the Kariega Foundation for making this equipment available to the volunteer programme. It will certainly be put to good use for data collection on the reserve.

During February the volunteers ring barked and chopped down about 140 Pine trees. The really big trees are usually ring barked and the smaller and medium size trees are completely chopped down. Once the trees are dried out the reserve uses them as firewood in the lodges. Most of these trees grow on sloping hills and during February the volunteers concentrated on the area just below Beacon road and Kaya-link (for all you previous volunteers who know where this is). The volunteers finished poisoning Rhus sp. on blesbok plains and on the main road towards reception. This bush can grow very dense very fast and therefore bush control is an ongoing process. The Limpopo pellets are very effective although results may only be seen after a few months depending on the type of soil and rainfall. The pellets dissolve when they come in contact with water and will kill the bush from the roots up. It is therefore not harmful to animals.

The nursery is expanding each month. The volunteers harvested about 50 Euphorbia clava plants and planted them in the nursery bags. The rest of the nursery is growing very well and we will continue to plant more. We have just received another 1000 nursery bags to fill up!

The following roads were cleared during February: Oceanview, Pump house loop and Kaya-link. Road clearing is done with machetes, hand saws and clippers. Thank you February volunteers for all the sweat and blisters!

The volunteers were able to visit Farmerfield school only once this month. A box of supplies that weighed about 5kg was donated to the school by our generous volunteers. This included sports equipment, stationary, books, toys for the pre-primary kids, maps for the class rooms and chalk for the teachers. The Department of Education decided that Farmerfield should be changed to a primary school only status and therefore they no longer have Grade 8 and 9 learners at the school. These learners now need to be relocated to a high school in one of the surrounding towns, with Grahamstown being the most likely option. 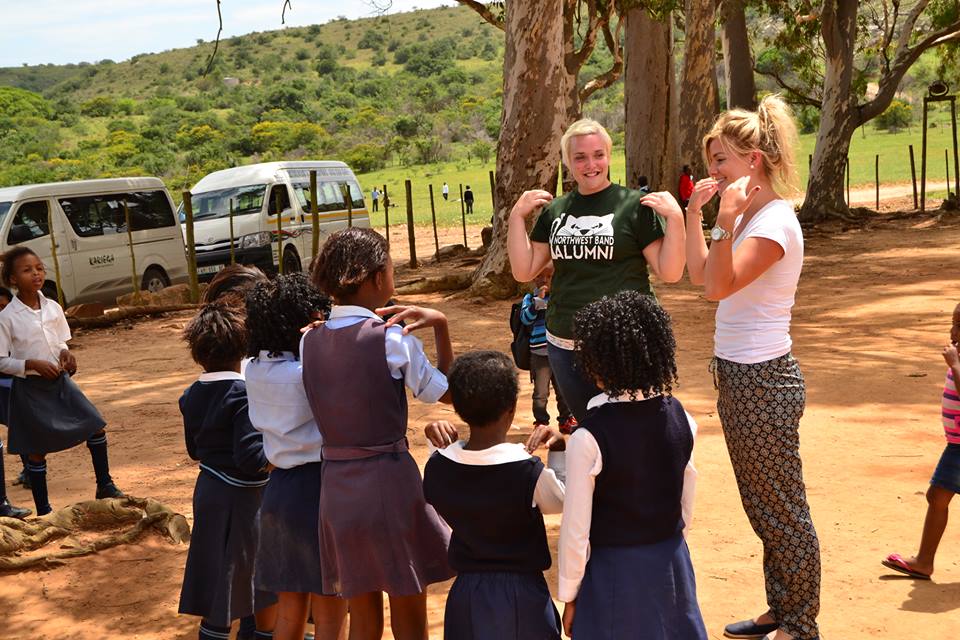 On the 17 February the volunteers were very fortunate to assist in a buffalo game capture. The capture was done in the early morning because it is the cooler part of the day (when it is below 25˚C) to reduce the chances of the animals getting overheated or exhausted. Luckily the conditions were good and the buffalo were relaxed. Wildlife vet Dr William Fowlds explained how the capture was going to be done and what the volunteers roles were to be during the capture. Three Cape buffalo bulls and the dominant cow were darted with a tranquilizer. The dominant cow was tranquilized to remove her tracker collar. The volunteers helped to keep the bulls lying on their sternums. This is important to prevent bloating and the inhalation of fluids from their stomachs into their lungs as this can cause suffocation. After Dr Fowlds did the basic check-ups, treatment for ticks and administered vitamins and antibiotics to the buffalo, the volunteers assisted to carry the buffalo on stretchers into the trailer. The buffalo were relocated to another area of the reserve where the volunteers had the opportunity to observe them being off loaded. It is always very exciting to be a part of an operation like this.