10 Species of Aloe to be spotted at Kariega Game Reserve

Here on the Eastern Cape coast the weather may be cold and wet and the wind have a bite in it, but warming the heart are the bright, often fiery red or yellow blossoms of the aloes. In all there are 125 species of aloe in South Africa, of which about ten may be seen in and around the Kariega Game Reserve. 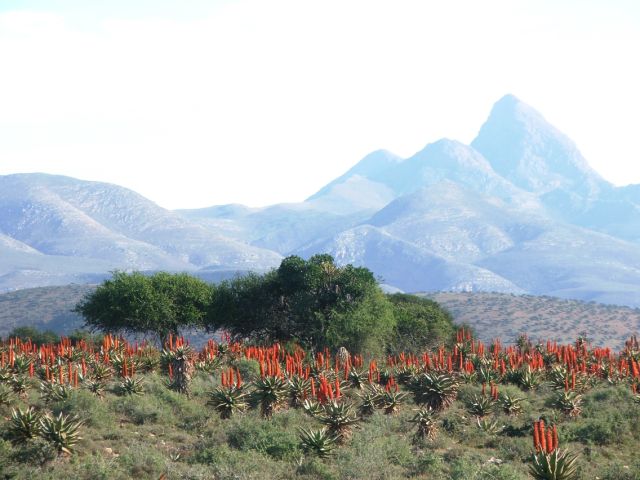 For centuries aloes have been used medicinally. The ancient Greeks used split or crushed leaves on wounds, sores and burns. The bitter aloe juice was used as a purgative and to improve digestion. (Bitter tasting substances are believed to enhance the production of digestive juices.) The Greeks and other Mediterranean people almost certainly used Aloe vera, which originated in North Africa and Arabia, but which today is usually associated with the West Indies, North and Central America where it was introduced by European seafarers, probably Spaniards. Today A. vera is used not only medicinally but as a cosmetic and skin lightener.

At the Cape A. ferox has been used in very much the same way as A. vera. The leaves have been used not only on the wounds and sores of people, but also on those of cattle. Its use by the indigenous peoples of the Cape was first noted by Europeans in the 17th century, and not long afterwards the solidified juice of A. ferox became one of the first recorded exports from the Dutch settlement at the Cape. Marketed as Cape Aloes the solidified juice, after more than 350 years, remains an important source of income for many rural communities in the south-eastern Cape.

Harvesting the plant entails the careful cutting of no more than eight leaves from any plant. The leaves are stacked around a hollow in the ground with the cut surfaces facing inwards. In the old days the hollow was lined with an animal skin, but today plastic sheeting is used. The bitter yellow juice flows from the leaves and is collected in the plastic sheet. This exudate is then boiled in drums over open fires to remove the water. What is left, known as aloe lump, is marketed in a variety of forms. In country stores in South Africa one often comes across it as “Lewensessens”, which might be translated as “essence of life”. Mixed with Vaseline, powdered Cape Aloes has been used as a salve for the treatment of herpes and shingles. 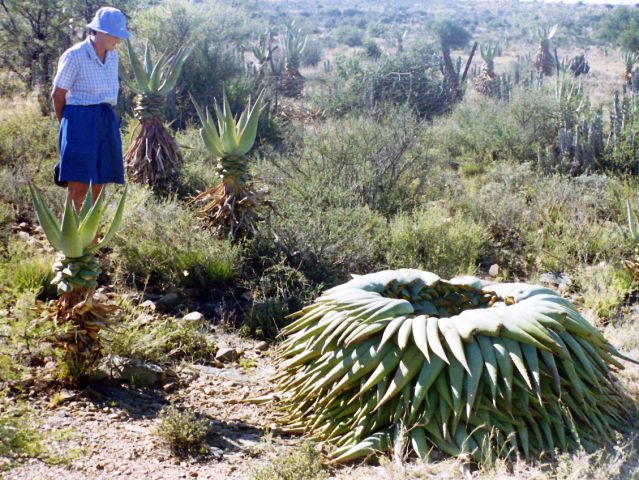 Aloe gel, a crisp, white substance with a high water content is found within A. ferox leaves and for years has been used as a preserve on South African farms. (When harvesting the gel it is of course important to first drain the bitter yellow juice from the leaves.) It is very popular with those, particularly the young, who have a sweet tooth. More recently aloe gel has been used as a general tonic.

Aloe ferox is an attractive, single-stemmed plant with a thick rosette of fleshy, thorny leaves that usually grows to a height of about two metres, but at times reaches a height of five to six metres. Eighteenth century traveller Carl Thunberg noted how “aloe trees (i.e. A. ferox) covered the hills and the sides of mountains where they appeared at a distance like a numerous army”. Ferox usually flowers from May to August and Thunberg was not the only European traveller to admire these, to them, unusual plants with their showy blossoms. They are one of the few recognizable plant species seen in San rock paintings, and are found in a wide variety of habitats, from the dry Karoo to the much wetter coastal areas. These aloes put on a wonderful show of flowers during the winter months, but they are by no means the only species visitors are likely to see.

Aloe Striata in the Eastern Cape

Near Grahamstown one also finds from July to October hillsides covered with the pink to bright red blooms of A. striata, a stemless, low-growing aloe with spineless, blue-green leaves. It is sometimes seen growing together with A. ferox. To my knowledge A. striata is not used either medicinally or as a food, but they are popular ornamental garden plants, and both species do a great deal to cheer up our winter days! 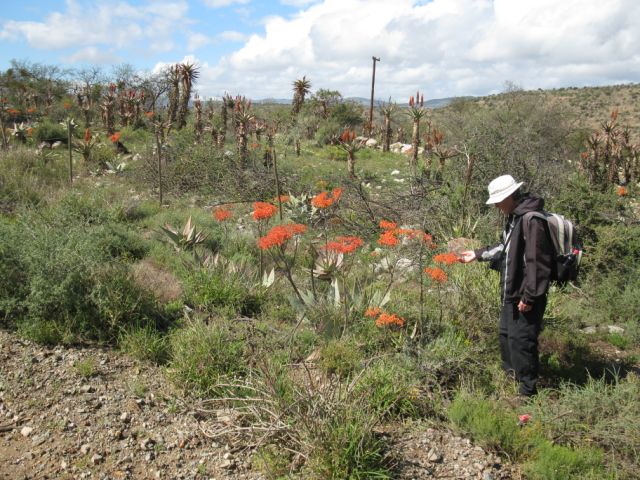 If you have any Aloe images taken at Kariega Game Reserve that you would like to share, please feel free to email us on lisa@kariega.co.za or find us on Facebook.